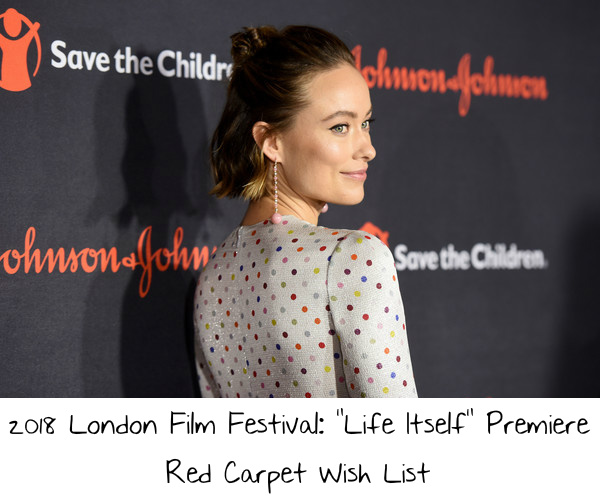 Life Itself is another headline gala of this years London Film Festival. The romantic drama follows a young New York couple from college romance to marriage and the birth of their first child and the unexpected twists of their journey which create reverberations that echo over continents and through lifetimes. The film first screened at the Toronto Film Festival and then was seen again at a screening in New York. The film will have its next screening as a gala premiere during the London Film Festival and I am really excited to see what the cast is going to bring to the red carpet. 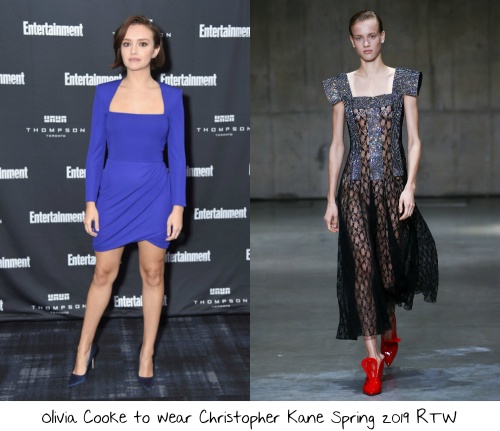 Olivia Cooke rocked a bold electric blue cocktail dress for the films screening at Toronto International Film Festival. I was really looking forward to seeing what Olivia was going to bring to this red carpet in Toronto after the major Calvin Klein moment she had earlier this year. I feel like if Olivia stepped onto this red carpet that if she stepped out for the London Film Festival premiere of Life Itself wearing this black lace Christopher Kane Spring 2019 RTW midi dress which features strong structured shoulders, a square neckline, a-line skirt, and crystal embellishments that she would be a major moment on the red carpet. This dress is a sexy and glamorous dress and I definitely think that Olivia would be able to sell it to me on the red carpet. A curled vintage inspired bob, defined eyes, dusty rose pink lips, a pair of black Jimmy Choo ‘Betty’ crystal embellished strappy sandals, and Atelier Swarovski ‘Mosaic’ lab created diamond drop earrings would all add to the major edgy glamour of this look. 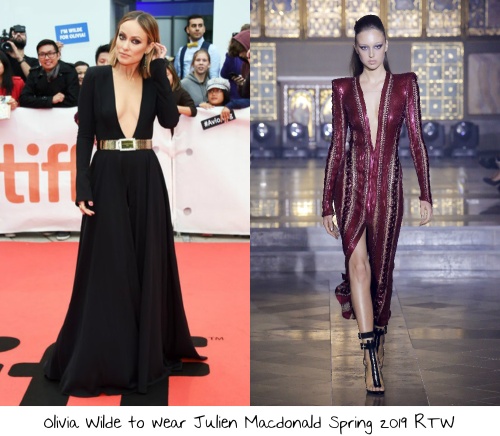 Olivia Wilde rocked sexy and glamorous Alexandre Vauthier for the TIFF premiere and then was more dowdy in Andrew Gn for the films screening in New York. I want to see sexy Olivia back on the red carpet at the films gala premiere at the London Film Festival. I feel like we have seen this ruby sequin Julien Macdonald Spring 2019 RTW long sleeve column gown which features a dramatic plunging neckline, beaded lace up details, a dramatic center split, strong shoulders, and a midi length in a million colors mostly black, gold, and silver before but I think that it would be a really sexy and glamorous moment for Olivia to bring to this red carpet. Olivia has never worn a Julien Macdonald look on the red carpet, but I definitely think that the London Film Festival would be the perfect time for her to give us this moment. I think that with a loose wavy bob, defined smokey eyes, nude lips, a dark red Marchesa ‘Beth’ faceted glitter acrylic clutch, black Stuart Weitzman ‘Nudistsong’ patent leather sandals, and a pair of Martin Katz diamond and ruby chandelier earrings that this would be one really major moment for Olivia.